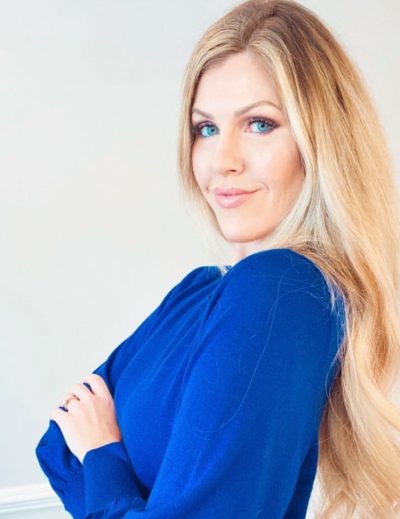 Born in the UK but raised in a small town in Michigan, Erika grew up with both a love for beauty and an appreciation for hard work. At a young age, Erika became fascinated with the cosmetic industry, and dreamt of becoming a make-up artist for film and television. As she grew older, her knack for science and research became apparent, and her passion and talent aligned when she decided to pursue a career in medical aesthetics.

After studying nursing and obtaining her BSN from the University of Miami, Erika trained under some of the country’s leading plastic surgeons at The Johns Hopkins University. At Hopkins, she completed her first Master’s Degree in Family Medicine.

Since then, Erika has focused her career on the aesthetics industry. Positioning herself as one of the top injectors in the United States, Erika serves as an international trainer for Merz, Allergan, and Galderma, where she’s also recognized as an expert faculty. In addition to Merz, Erika is an esteemed trainer for all three companies, and also runs her own private training company. She’s trained some of the top doctors, NP’s, PA’s and RN’s, both within the US and abroad.

Over the course of her career as an injector, Erika has become increasingly prominent on social media. Showcasing her work on Instagram, she has increased her following to nearly 130,000 in just under 2 years. Although she’s already accomplished so much, Erika is just getting started. Maintaining her role as a leading figure in medical aesthetics, Erika is determined to make a lasting impact by continuing to revolutionize the industry.

There are no upcoming events at this time.